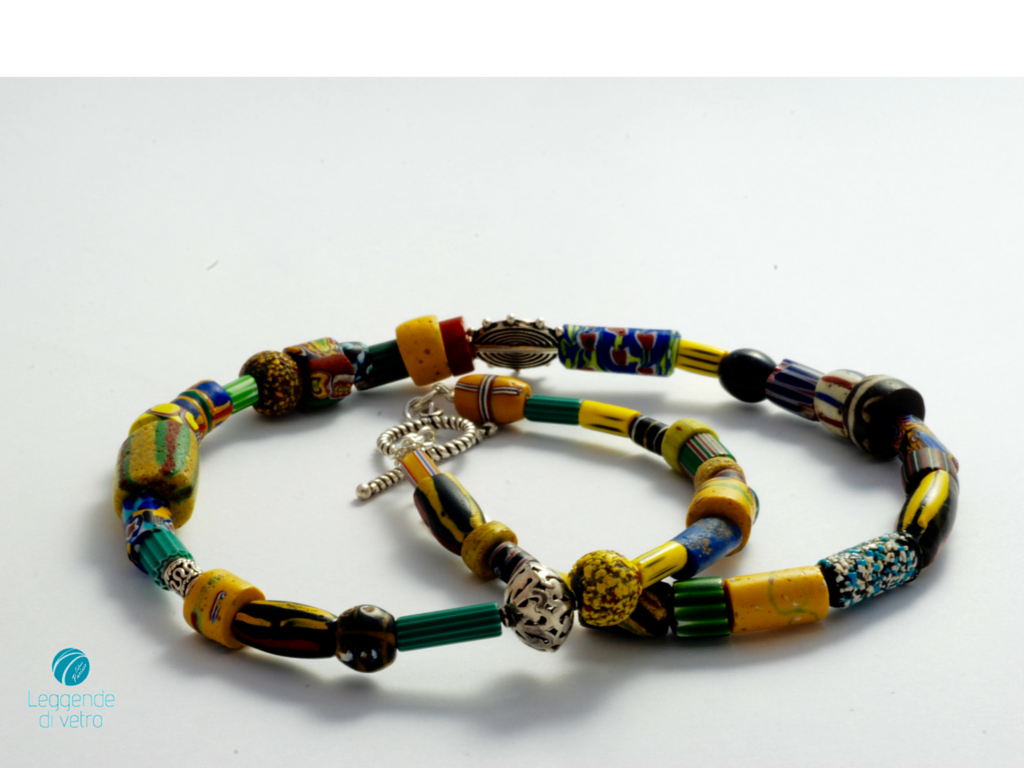 Listen to or read the stories, legends and poems I love it and it inspires me to create the Leggende di Vetro jewelry .

Shéhérazade like this necklace.
Even the glass beads tell an ancient story of which are soaked and they inspired me to re-read the stories of The Arabian Nights.

The imagination has brought me, like when I was very young, between princes and princesses, love torments and magic lamps.
Easy to imagine that the jewel that has seen the light is called Shéhérazade.

Romantic fantasies aside, the value and history of beads in the picture, is really real and important (1850-1950).
European merchants in the Middle Ages on their way to Africa bringing with them a valuable bargaining chip: Venetian glass beads and murrine, which were used as valuable coins.

Venice becomes the absolute capital in the production and distribution of glass beads, which will retain a monopoly for over three centuries in Africa.

Many of these precious also report the miraculous and superstitious reasons contained in the glass beads in the Middle East for centuries were transported and marketed by the Saharan caravans coming from Egypt, Syria, Persia and across the Silk Road.

The millefiori are scattered throughout Africa.

The clans of the Krobo people of Ghana retain the oldest beads as treasures to be worn during important ritual feasts.
Venetian beads were part of the dowry, they were greatly appreciated for their colors and patterns.

As with any accessory to wear, regardless of the beauty, the value of the object and the person’s age is a subjective instinct the choice of a old or contemporary piece.

These beads for me live with eternal light.